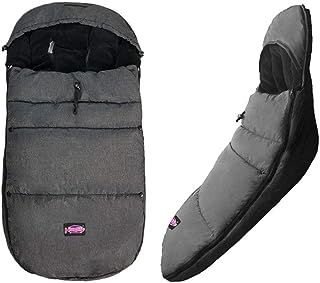 Saturday my earliest boy and my center Kids in Front Seat child [ages 15 and 11] experienced a fight. It started as playing and was encouraged by who would get to stay in the front chair of the car on the ride home from my earliest son’s friend’s house. The perform battle rapidly deteriorated and became a real battle because my 15 year old is a whole heck of a whole lot more powerful than my 11 year old. It got heated, particularly when the oldest attempted to purpose with me about why the younger one shouldn’t get to sit in leading seat [age, fat, and an tried attack under the belt]. The newest one stood there, hurt from the forceful grasp on his arms. Perhaps not good.

They both wound up sitting in the back chair and the ride house was used in silent anger. Before the younger one sneezed and the older one quickly claimed, “Bless you “.Even in his anger and the inequity of the specific situation, he however enjoys his brother. That certain’bless you’served dissolve my anger at them equally and when we got home I named my oldest to the laundry space wherever I was flip clothes. Similar to the battle between my guys had gone from one thing to some other, and so the conversation between people started as you point and changed into something fully different.

It started with me expressing my frustration that my son did not increase to the situation and just let the little one stay in the front once we have been out in the first position only to choose him [the older boy] up. From there it segued in to my child showing me that what I see as handling is him doing points when he cares. My child, older than me and larger and probably tougher, started to get emotional. He thought that I didn’t see how much he cares about his siblings. In his brain, he shows it. But what we see is him trying to give what he’s realized in the matter-of-fact fashion with which he lives his life. Things are structured and orderly and he numbers everybody should make decisions and behave in exactly the same way.

Using this position, the conversation considered us speaking about the inner strength of my 11 year old. I informed my son that it was likely correct that I actually do, sometimes, do or let items that to the remainder of my kiddies appear unfair or without basis. My point out my earliest, which for initially I believe he really recognized, was that sometimes I produce little credits for my younger daughter in order to provide him little pieces of delight or triumph or happiness. Correct, they are maybe not important pieces, but to an 11 year old, sitting in the leading chair as soon as your big brother is sitting in the trunk could be a time of pleasure or triumph that somebody else might not understand.

And when you yourself have a kid that’s an condition, or chronic situation, you look for those small points to compensate for greater deficits or challenges. Proper or improper, it’s what I actually do, and my older boy knows that now. He also, for the very first time, put herself in his brother’s shoes and really seriously considered how difficult things would be if he had the same challenges. It set things in perspective, at the very least at that moment.

Just what exactly does this have regarding characters? Just that the complete interchange, from the battle about leading chair to the ultimate discussion between my oldest son and me, revealed me heroic qualities in equally of my boys. It showed me how small children are if they start to disguise their feelings and how, just like people, they usually believe they are showing the entire world something they really aren’t. But it’s the motives underneath, combined with how they display them, that start to define their character.

As a parent, I think I helped information my son through an emotional obstacle on Saturday by talking about it. One conversation resulted in anything completely various, and getting that possibility to talk with him about any of it made a method for him to check out his own motives and, consequently, for him to start to define the heroic features within himself.

Misa Ramirez is the author of the Lola Cruz puzzle collection: Residing the Vida Lola (January’09) and Hasta manhattan project Vista, Lola! (2010) from St. Martin’s Minotaur. A former middle and senior high school teacher, and recent CEO and CFO for Manhattan project Familia Ramirez, this blonde-haired, green-eyed, pleased to be Latina-by-Marriage girl loves subsequent Lola on her many adventures. Whether it’s considering stomach key piercings or visiting nudist resorts, she is always up for the challenge. Misa is difficult at focus on a brand new women’s fiction book, is published in Woman’s Earth Newspaper and Romance Writers Report, and has a children’s book published.